Eugene Houchins focused his academic career in the field of engineering. He attended Auburn University, and earned a Bachelor’s of Science Degree in Civil Engineering. After this, Eugene then proceeded to the Georgia Institute of Technology. He obtained a Master’s of Environmental Engineering. For 14 years following his university education, Mr. Houchins travelled the world doing engineering jobs across several continents for various oil and gas companies.

Deciding he wanted to live a less hectic lifestyle, Eugene made the decision to settle in Georgia with his family. While enjoying a slower pace of life, Eugene discovered a hole in the insurance industry and built a business around this missed area of opportunity. Ever since he decided to start his company, American Life Fund Corporation, Eugene has seen growing success with each passing year.

Eugene discovered this sector of the insurance industry when his father began looking for a place to invest his nest egg. After consulting with his banker, Eugene learned about life settlements and the ability to buy and sell them. From there, his business began to take shape.

Eugene Houchins Looking to the Future

Looking to the future, Eugene Houchins has high hopes for himself and his company. He recognizes that he’s currently working in a market that is relatively untapped. He believes that American Life Fund Corporation can become number one in the coming years. Right now, the main issue facing Eugene and his company is capital flow. His company is currently operating with private equity stemming only from internal investment. For the future, Eugene plans on bringing in external investors to further propel his business to the next level. 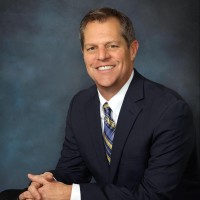 Eugene Houchins, President & Founder of The American Life Fund, Corporation is responsible for providing loans or purchasing loans against life insurance policies or people who need to liquidate their policy. As president and founder of the eleven-year-old company, Mr. Houchins is dedicated to providing the best service in the field that he serves.